When people hear the word “vegan” the first thought they often have is of someone who doesn’t eat any animal products out of a moral obligation to not harm our furry friends. And this is the reason that many people have for cutting meat from their diets. But, in more recent years, the health and environmental benefits of eliminating animal products from standard diets, switching to a vegan diet, have been more widely understood. These benefits are now the basis for an increased number of people across the world that are choosing a plant-based diet.

The greenhouse gases produced by raising animals for food far outweighs that produced by all the vehicles in the world. This means that reducing the number of animals raised for food has a bigger impact on helping our environment than people choosing to forego their personal vehicles. This means that people who are reliant on their car to get to work, etc. need not worry. They can help more just by replacing their burgers and steak with meat alternatives for dinner. More beans, tofu, and veggies will save the day! Vegan snacks actually help the environment. Crazy, right?

Environmental Benefit #2: Reduction of Water Use and Contaminates

Raising animals for food uses enormous amounts of water — and pollutes our streams, rivers, and oceans. Experts say that meat and dairy agriculture uses the most water out of all agricultural use (which makes up 70% of our water use). For example, producing one pound of beef uses as much water as it would typically take a person to shower 100 times. When coupled with the fact that the production of all this beef and dairy is causing runoff which pollutes our streams, rivers, and oceans…eating more plant-based food seems pretty reasonable. Vegan snacks and preparation of plant-based foods do not use this volume of water.

Environmental Benefit #3: Increase in the Efficiency of Food Production

Finally, animal agriculture is simply not an efficient way to feed the population of our world. Studies show that animal products use up a huge amount of the world’s cropland (one report saying that we could free up over 40% of cropland by eating more beans and less beef). This is because a lot of the crops being grown are used to feed the animals being raised for meat — and not the people. With 820 million people around the world being reported as living in hunger, it’s obvious that something needs to change. With the right planning and focus, the population of our world could be fed in a much more efficient way by focusing on plants.

All of this info is shared with the simple hope that more people will consider trying to reduce the number of animal products in their everyday diet. At the very least, the more we talk about it, the more people will understand the complexity and number of reasons some people are choosing to eliminate animal products. As people start to understand and be educated about the benefits of choosing vegan snacks rather than animal-based foods, the better off we’ll all be. Our planet is (hopefully) going to be around for a long time. To support future generations around the world, we must care not only for ourselves and our kids’ physical well-being but also for our lovely Earth. It has a big job supporting nearly 8 billion people that call it home!

EFit Foods are made with the intent to help people have convenient, healthy, and environmentally-friendly vegan snacks. We’re doing a small part to promote a plant-based diet and to support vegans in their lifestyle. We want to share the benefits of plant-based eating with you. If you haven’t tried one of our vegan energy bars yet, we hope you will!

This is the "After Entry" Widget. Perfect for a call to action or message
Purchase Theme 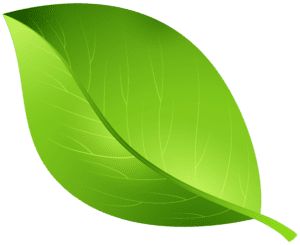